A Gold level Microsoft partner, the Limerick headquartered company, with offices in Dublin, Galway, London and California, has fully embraced cloud technologies. ActionPoint is at the cutting edge of innovation leveraging Microsoft Azure in the areas of IoT and Mixed Reality with Microsoft Hololens. Most recently we have launched the Idea Factory software development service for HoloLens and IoT.

‘This award’ according to CTO John Savage can be attributed to the company’s laser focus on delivering ‘Cloud First’ solutions for their customers and further validates ActionPoint’s position as a leader in the delivery of Microsoft technologies including Office 365, EM+S, Azure and Hololens.

Speaking after the event, Mr Savage said, “Microsoft Inspire is one of the most exciting gatherings of technology companies annually. Attendees get insights into where Microsoft is going over the coming year as well as network, share best practices and experience the latest cutting edge innovations.”

“This is the third year we have traveled to this event in Washington and to come away with an award for the SMB Partner of the Year in Ireland is very pleasing indeed. We were also invited to meet with Microsoft’s Global Leadership team, including Vice President of IoT Device Experience, Rodney Clark and Hololens Global Sales Lead, Mark Day and gained insights from a partner operating at the cutting-edge of IoT. This all says a lot about the impact ActionPoint is now having as a business. ” 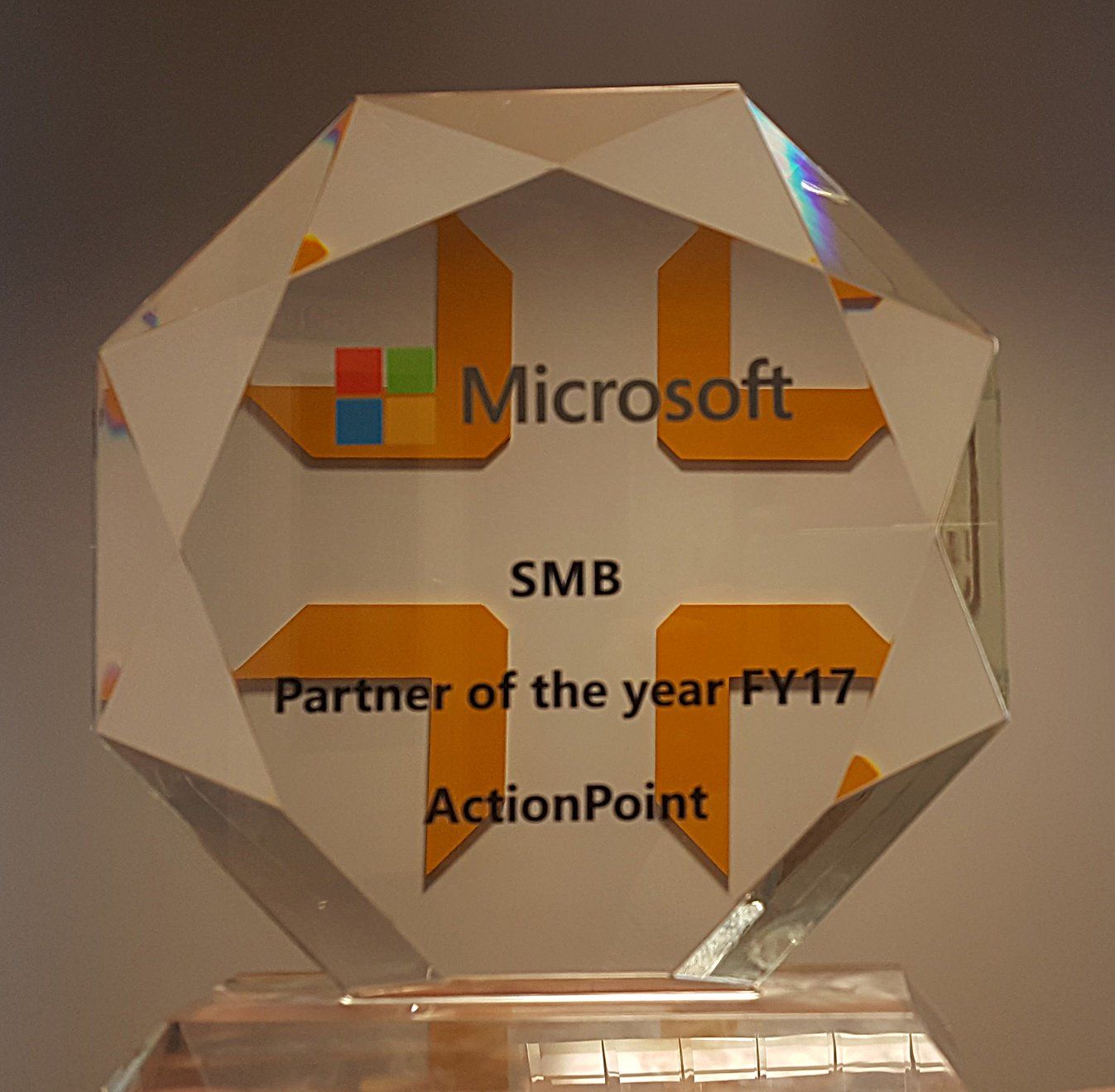 Commenting on another big win for the company, David Jeffreys stated that “In the last 12 months, we have worked hard to to expand our partnership with Microsoft and enrich our Cloud Solution offerings. Key to the success of this strategy was ActionPoint’s focus on educating and training our team. We up-skilled our technical team and invested in 1000’s of hours of training both online, direct through Microsoft and through our distributor Microwarehouse. All of this bolstered and added to our 30+ certified engineers.”

In line with this we’ve made our expertise clear to our clients and the world by raising our competency level from 1 to 8.

Other areas where ActionPoint has flourished include completing our end to end offering (Infrastructure to platform to application). 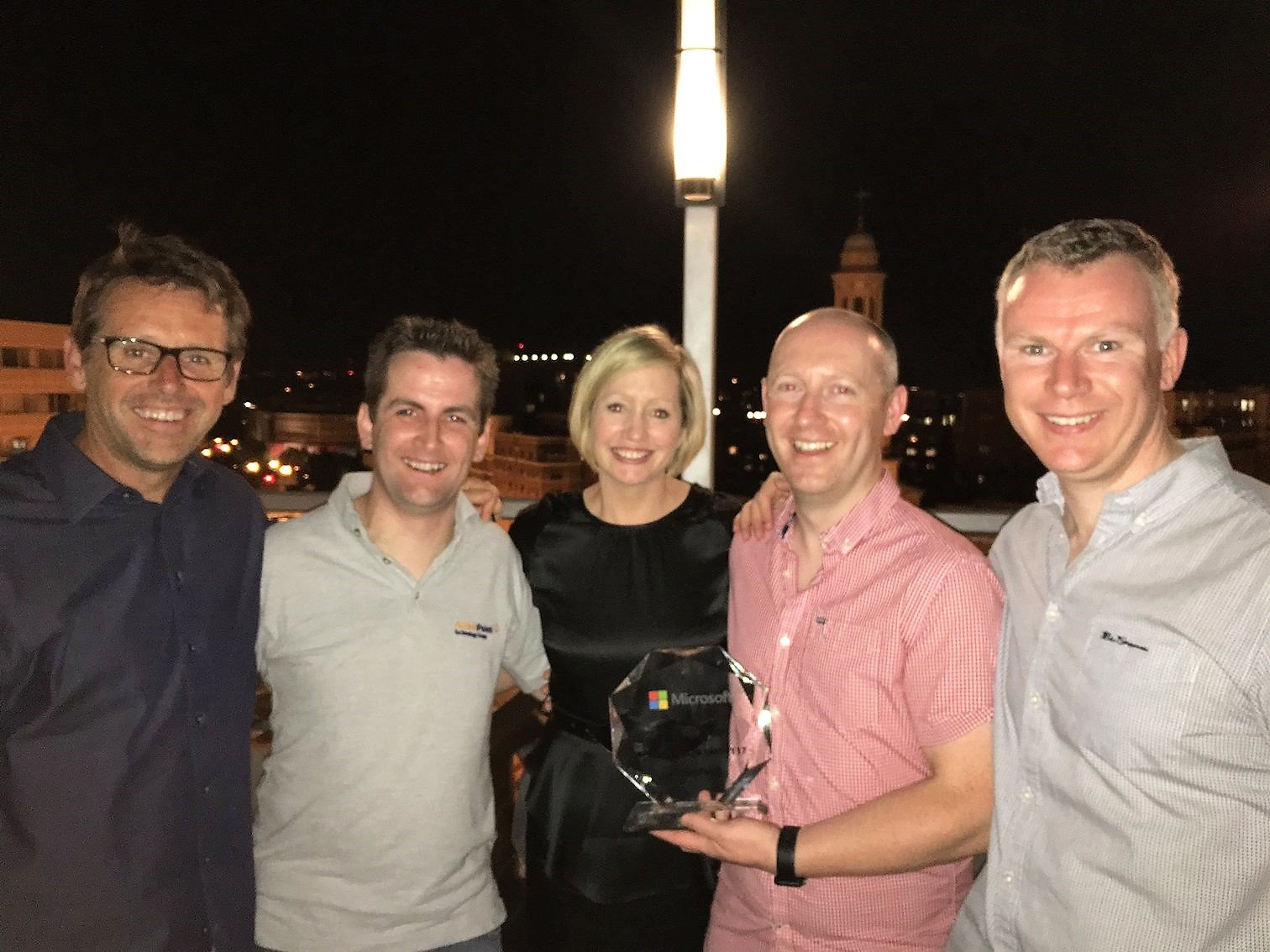 The ‘SMB Partner of the Year’ award was presented by Aisling Curtis, Commercial Director of Microsoft Ireland.

ActionPoint’s Head of Microsoft Cloud Solutions, Finian Nally said, “We are delighted with this award as it is the result of relentless commitment from an extremely talented team across Ireland and the US. It also recognises ActionPoint’s ability to implement best in class solutions for our customers powered by Microsoft’s suite of technologies.”