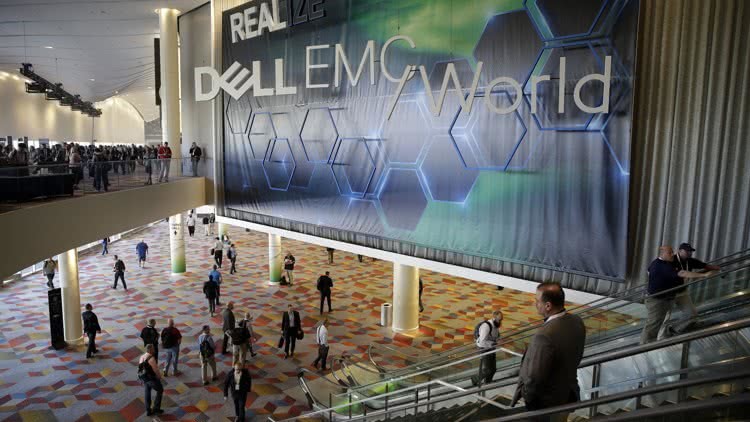 After a busy week at Dell and EMC’s recently merged DELL-EMC World, ActionPoint’s John Savage and David Jeffreys take time out to discuss this year’s pilgrimage to the Nevada Desert. We get their opinion on the trends, announcements and highlights from The Venetian Hotel, Las Vegas.

The event played host to 400 talks covering 150 topics divided into 3 “unique” breakout tracks. With all the activity at the conference, readers will be glad to know that there was still time for a game of Blackjack. More than 13,000 people attended Dell-EMC World, now in its 2nd edition after the record-breaking merger of the 2 computing monoliths.

So why do ActionPoint always attend this event and its predecessors?

Dell-EMC World is the largest Dell-EMC partner gathering in the world and gives ActionPoint a prime opportunity to network and foster relationships. As one of Dell-EMC’s leading Irish partners, the event gives the senior management team here at ActionPoint the opportunity to assess the strategic direction which Dell Technologies is headed.

What did you most enjoy?

Not just a talking shop

But it is not just the networking for the organisers; Bringing together global partners from across the world enables Dell-EMC to explore their vast knowledge base. This enables and many times informs their internal corporate strategy. In 2013, Michael Dell famously said We are the “World’s Largest Startup” in the wake of re-privatizing and in many cases reinvigorating the culture of innovation internally. So perhaps it is this relatively new ethos that enables Dell to take input from partners.

John used the example of a particular change in narrative in and around the Internet of Things space from sensors and data to “end customer value” something ActionPoint has been championing for quite some-time, especially during panels at the 2016 event.

Networking turned to feedback at the OEM IoT mixer

The OEM IoT mixer presented an opportunity for leading Technical Executives to pitch some of their latest projects to peers. Talking to the team at EdgeX Foundry, an open source software project, John was able to pitch ActionPoint’s latest product IoT predict and get feedback and input. IoT Predict is a joint venture between ActionPoint, Dell and Microsoft. “The goal of IoT Predict is to bring to market an out of the box experience to bring from sensor to the cloud in 10 minutes.”

David shared John’s sentiment around networking stating that “It’s great that fellow Dell Partners can get together and talk about common challenges with the aim of improving individual industries”. These partners are often competitors to ActionPoint but there is definitely a collective understanding that we need to work together to bring the most cutting edge solutions to our customers.

John was also invited to take part in a panel discussing the keys to success within IoT. The panel was chaired by Kevin Terwillger and really tried to remove a lot of myths around IoT development and implementation. Key areas outlined by the panel include: 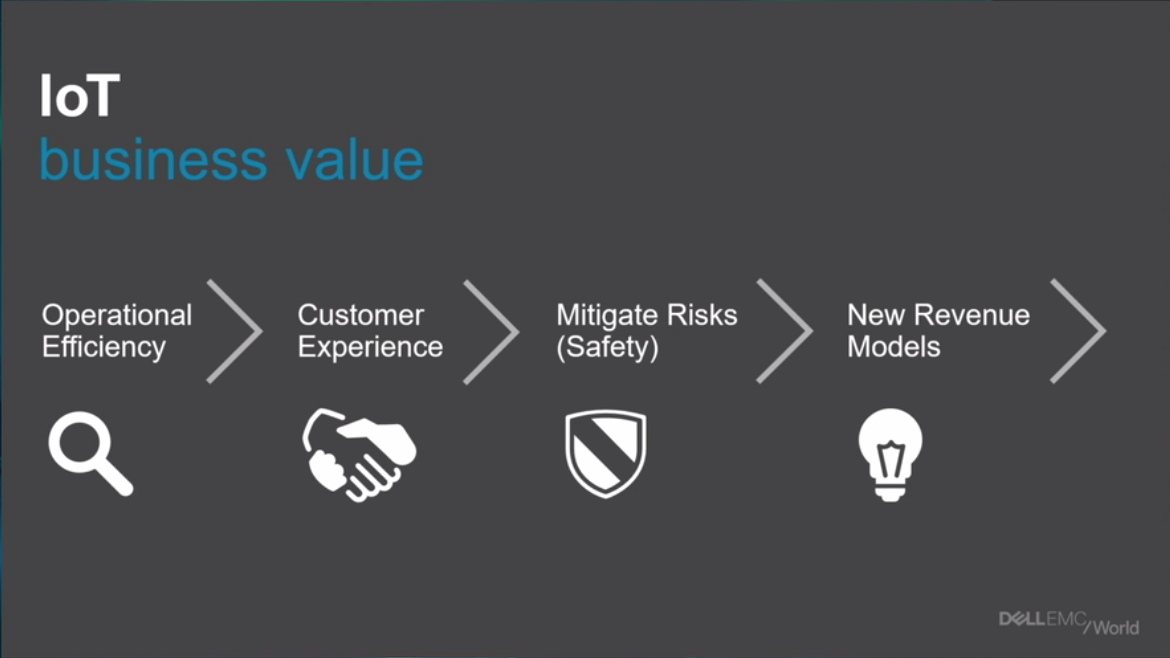 The Key Pillars of “Business Value” within IoT

The core of the discussion was the focus on the grit in the middle of the pearl. IoT projects might appear like a shiny cutting edge undertaking but re-focusing on the “grit” is crucial to a commercially viable IoT project. The “grit”, according to John is the “business challenge core to the success of any technology infrastructure”. You need to ask yourself “Why are we undertaking this project?” and what are the key commercial or operational outcomes we can expect?”

Another theme that was present was the need to think about the grander scheme when it comes to IoT. “It’s time to change perspectives”: Move away from the focus of defining, developing and implementing and instead think about evolving the business so that it can leverage the data and insights that IoT can provide.

“Don’t think about incremental improvement” i.e automating a report and instead think about the “data you can collect, the processes you can monitor, the remote tracking and visibility you can have.” Thus completely rethinking your whole operation, this is the mindset change crucial to fully embracing The Digital Transformation.

There is a still a need to think small and iteratively however and focusing your big picture vision into something that can be spun up and developed in a short period of time is also important.

What does the future hold?

John believes that predicting the future can be a fools game but when pressed said that “AR will revolutionise the mobile workforce” and with MS Hololens deciding to open Windows Holographic platform to third parties. This could mean that when we observe machines and sensors in a manufacturing environment or other, AR will enable us to visualise that data in near real time.

The team is almost done in @DellEMCWorld. Loving our new t-shirts from @Asavie. pic.twitter.com/00w1k2W5kz

Beyond IoT, What other opportunities exist within the Dell-EMC merger?

David spoke of the immense power now offered by Dell and EMC and as an add-on VMWare meaning that Dell can now offer full end to end solutions from application to storage with the power of virtualisation. Powered by VMWare and EMC, Dell are now in a very strong position to create a comprehensive, end to end solution preparing us to meet the needs of more complex client requirements.

“The network is all important but having our ear to the ground with the latest technology movements keeps our team fresh and focused on developing the best solutions.” The benefits of using a partner to explore new solutions with Dell-EMC is that you can rest assured that you are working with a team that are at the forefront of storage, virtualisation and hardware solutions.

If you would like to learn more about how ActionPoint can empower your business through IoT, Virtualisation or a Hardware solution, feel free to schedule a call with one of our Business Analysts.