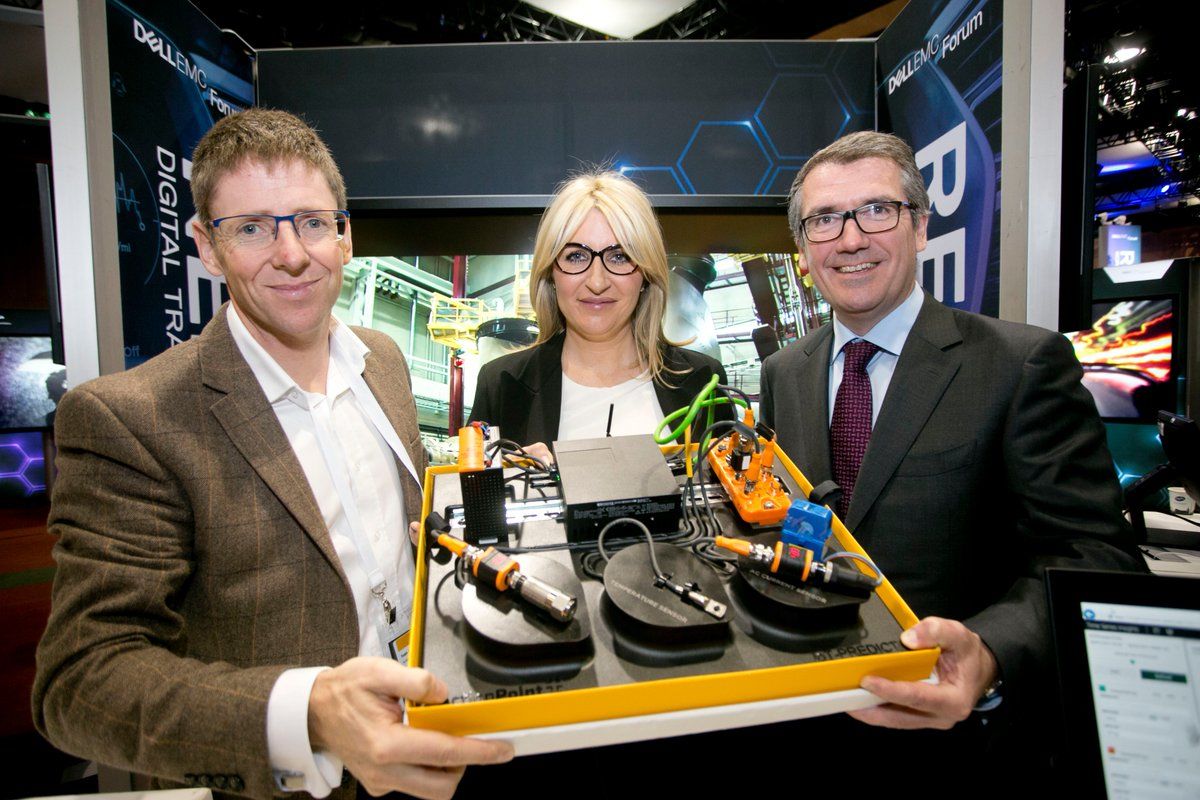 Irish firm ActionPoint has collaborated with global tech giants Microsoft, Dell and Intel to develop IoT-PREDICT, a new Industrial Internet of Things solution aimed at the manufacturing sector and which is to launch at the IoT World Solutions Congress in Barcelona this week which takes place from the 3rd  – 5th of October. IoT-PREDICT securely gathers extensive real-time data from the production floor to help manufacturers reduce down time, improve overall equipment effectiveness and deliver cost savings.

ActionPoint’s Head of IoT, Ivan O’Connor said; “Our aim was to have relevant and accurate industrial IoT data flowing from the factory floor to the engineering and management team’s desktops within 10 minutes of opening the box.”

Speaking ahead of the official launch in Barcelona on the 3rd of October, Dell’s EMEA Director – IoT and Embedded, Marc Flanagan said “We were incredibly excited to work on IoT-PREDICT as part of our vision for Industrial Automation.”

Design and usability were a major focus for the ActionPoint team during product development. They enlisted the help of multi-award-winning Dolmen Design to design a compact, pre-assembled and pre-configured system for quick and easy installation and commissioning in any industrial environment.

ActionPoint have in recent years delivered a number of successful technology solutions for global manufacturing clients such as Analog Devices, Johnson & Johnson, ALPS Electric Ireland and others. The launch of IoT-PREDICT takes place at this week’s IoT Solutions World, which takes place in Barcelona from the 3rd – 5th of October. You will find the team exhibiting at the Microsoft booth #301, Hall 5 at the Fira Barcelona Gran Via Conference centre. More information can be found at www.action-point.com/iot-predict

ActionPoint is an award-winning technology company headquartered in Limerick, Ireland. Founded in 2005 by David Jeffreys and John Savage, the company employs over 80 people and has offices across Ireland, the UK and the US. It joined the Deloitte Technology Fast 50 in 2014, 2015 and 2016, and won Deloitte Best Managed Company in 2017. It won Microsoft’s best SMB Award in 2017. ActionPoint is a Dell EMC Global IoT Solutions Partner and a winner of Dell EMC Country Partner of the Year in 2014 and 2016. Clients include Johnson and Johnson, Analog Devices, Alps Electric (Ireland) and Chill Insurance. ActionPoint also recently delivered the high profile and eagerly anticipated online renewal system for the Irish Passport Office on behalf of the Department of Foreign Affairs and Trade of Ireland.