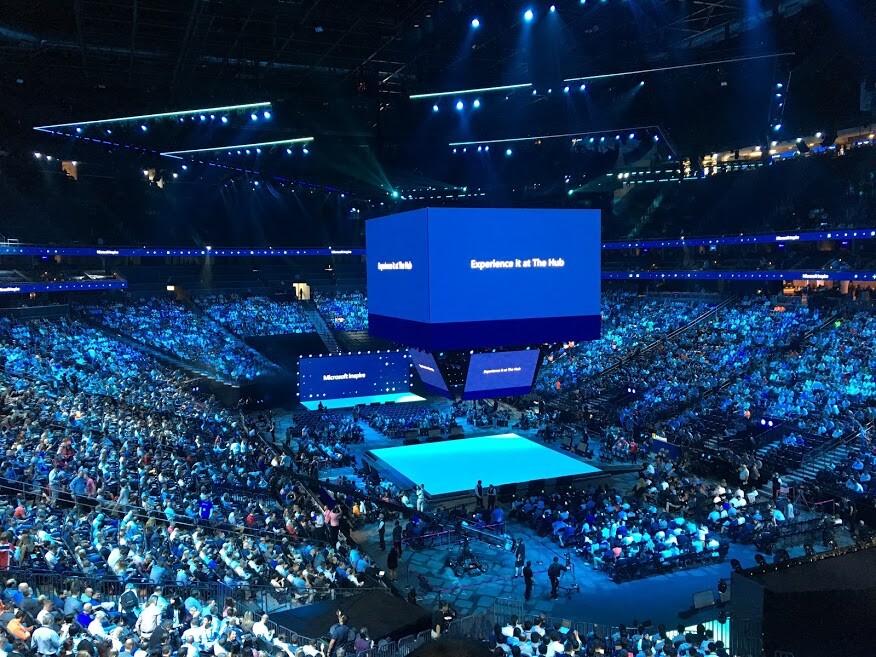 An inside view of Microsoft Inspire 2019

Microsoft’s annual global partner conference, Microsoft Inspire, wrapped up in Las Vegas last week. As Microsoft partners, members of the ActionPoint team were invited to attend the conference, providing the perfect opportunity to meet and discuss industry trends with like-minded global partners, while also gaining some insight and focus on what is coming down the track for our customers in the year ahead.

Our CTO John Savage, Head of Microsoft Cloud Solutions Finian Nally and ActionPoint US Business Development Manager Alan Crooks made the trip to the Nevada desert, returning with a host of key insights and takeaways from the week.

Check out some of the key takeaways from the conference with Finian Nally below.

At the outset of Inspire, Microsoft announced their core principles for the year ahead; Tech Intensity, Customer-Centricity and Simplicity. How do they plan to deliver on these principles? Key to this is Microsoft reiterating their commitment to investing in partners and enhancing their capabilities.

With the introduction of new tools (such as Azure Lighthouse) and pledging to invest in enhancing the skills of partners across services, Microsoft is doubling down on the Customer-Centricity principle outlined above. The benefits for you, our clients? With additional investment from Microsoft, ActionPoint will be better equipped than ever to support our clients and help you achieve your greatest potential.

If you’re not already in the cloud, or in the process of migrating to the cloud, you’re falling behind – this was a consistent message throughout Inspire, with organisations migrating their systems at an ever-increasing rate. Cloud migration has now simply become a must to remain competitive. Microsoft announced new Azure features aimed at accelerating this process, Azure Lighthouse and Azure Migration program.

The Azure Migration Program, for example, offers proactive advice and tools designed to help partners like ActionPoint transfer our customers’ existing applications and systems to Azure with ease. Trusted by 95% of Fortune 500 companies, Microsoft Azure focuses on usability, security, productivity and intelligence for customers. Learn more about Microsoft Azure here.

Already investing over $1bn in security every year, Microsoft have pledged to increase their focus in this area even further. The Microsoft Security Competency was unveiled at Inspire, with an emphasis also being placed on cloud security. By leveraging AI and other tools, the ability for the cloud to secure your environment is second to none. Microsoft are increasingly utilising real-time AI to protect highly sensitive data, analysing signals from billions of sources.

Microsoft Teams has become core to communication and collaboration here at ActionPoint, and we’ve spoke at length about the benefits it provides. Judging by usage figures released by Microsoft last week, a lot of organisations share our enthusiasm for the application. With over 13 million active daily users and 19 million active weekly users, Teams has overtaken Slack as the leading workplace collaboration app since its launch just two years ago.

Microsoft also unveiled new Teams features including real-time translation, announcements (drawing attention to important news within a channel), priority notifications, background changes and true voice solution. Another interesting reveal from Microsoft was the fact that they no longer use a PBX (traditional in-house phone system), now communicating solely through Teams instead. Learn more about the benefits of Teams here.

What is “Democratising Technology”? With every company now essentially becoming a technology company, the demand for developers will vastly outweigh supply. Microsoft aim to equip everyone with the modern skills needed to participate in the digital economy, empowering elite developers around the world to enable citizen developers.

According to Microsoft CEO Satya Nadella, over 500 million apps will be developed over the next five years. As mentioned above, there simply will not be enough professional developers to build these applications. The premise behind Microsoft’s Power platform is to enable citizen developers to create dashboards, on financial information for example, or to use Power apps to create simple applications. Watch this space to learn more about how ActionPoint plan to help our own partners and clients gain this knowledge over the coming weeks. 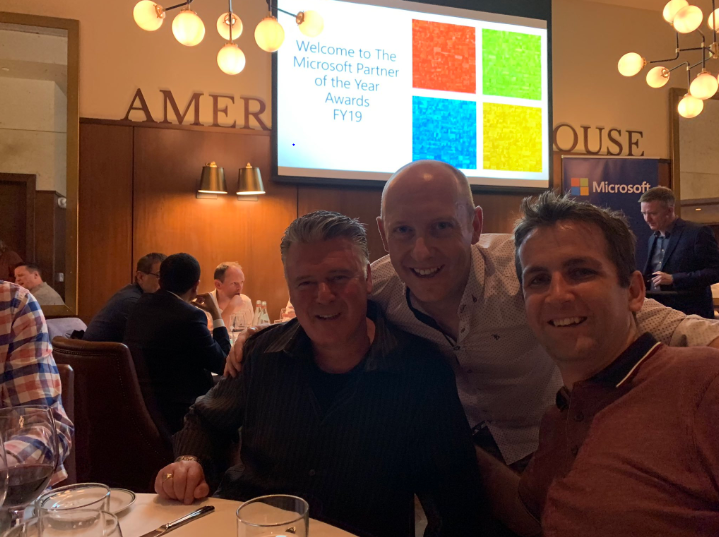 Overall, it was a fantastic week providing the team with a clear insight on what to expect for the year ahead as a Microsoft partner, and also catching up with partners across the event including a special dinner for EMEA IoT partners – well deserved after a week which involved over 80km of walking for the team!

To learn more about these updates, or any of our Microsoft solutions, speak to a member of the ActionPoint team today.