Open Event – Try a Microsoft HoloLens on for Size 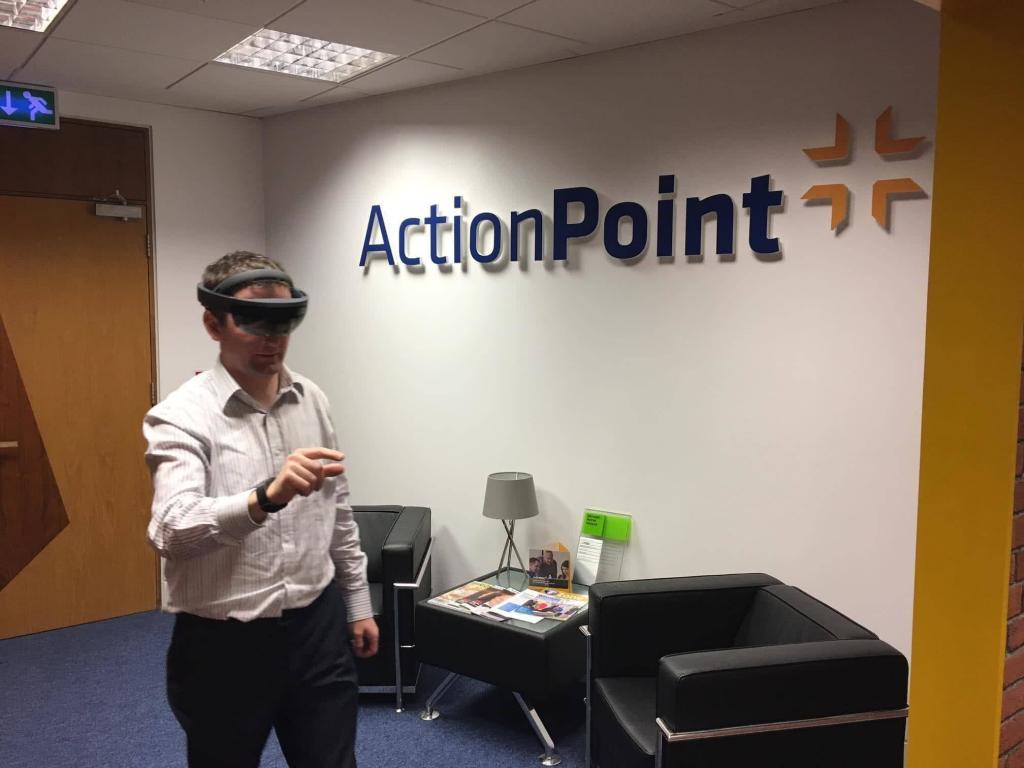 When we got our hands on a Microsoft HoloLens, it quickly became our office’s favourite gadget. That’s why we jumped at the opportunity when James Corbett invited our CTO, John Savage, to share the technology. Next Wednesday, he’ll be demoing the headset for the attendees of 3Dcamp Limerick. 3Dcamp hold regular meet-ups throughout Ireland for those interested in virtual and augmented reality – and everyone is welcome to attend. At this particular event, the audience will even get the chance to try out the HoloLens for themselves.

The headsets have only been available for the Irish market since the end of November. However, we edged ahead of the pack by getting ours delivered to our LA offices last summer. We’re always on the lookout for new technology with a real business value for IT services and custom software development, so we were eager to get our hands on a Hololens as soon as they launched. After attending Microsoft’s Worldwide Partner Conference (WPC), John became fascinated with the commercial possibilities. When he discovered he would be attending the Dell EMC World in Austin, Texas, he arranged for a HoloLens to be delivered to our LA base. Fortunately for us, it arrived just in time to save our display. After it proved invaluable with its very first application, we were sold on its commercial capabilities.

What will the event include?

The event starts at 6.30 p.m., with the presentations kicking off at 7 p.m. sharp. John will provide an introduction to the HoloLens, how it works, and how ActionPoint will be using it in custom software development. He’ll share an honest view of his experience with the headset, including its limitations, unique capabilities and so on. There will also be a live demo of exactly how to work the headset, before the audience can try it on for size.

If you’d like a preview of what the event holds in store, check out our video of James and John interacting with the HoloLens. We recorded it using the headset’s mixed reality recording feature – though we promise the quality is much better in person. Don’t believe us? Come along and try it on for yourself.

If you’d like to come along and try the technology for yourself, the doors open at 6.30p.m. on Wednesday the 11th. 3Dcamp is hosting the event in Workbench, in the Bank of Ireland on 125 O’Connell Street in Limerick. Everyone is welcome – simply RSVP online to attend.