“We had a business critical application that simply wasn’t scalable. Not only did ActionPoint understand the problem and deliver a solid solution, they have along the way resolved a number of legacy issues and added new functionality that will help our business to thrive. I trust them with my business.” 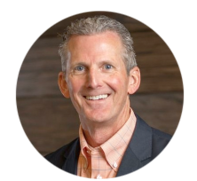 AIR CRE is a member-owned platform for Southern Californian Real Estate Professionals. Through its platform, AIR CRE has curated the best industry tools and packaged them together as an all-in-one integrated resource. These include market research, listings services, networking, and education. AIR CRE’s core business, and legacy application, is based on providing members with access to a dynamic set of commercial real estate contracts.

‘AIR CRE Contracts’ provide members with access to over 50 customizable contracts. AIR CRE’s legacy software had been developed by a two-member team of developers that specialized in smaller projects. Because of this, the software hadn’t been designed for aggressive scaling. As AIR CRE’s business developed, the need for an upgrade became increasingly apparent.

When Tim Hayes contacted ActionPoint, he had one eye firmly fixed on the long term. Built almost ten years prior, on much older technology, any technical issues the system encountered down the line would present a major challenge. Tim was eager to progress his vision and knew that modernizing this business-critical application was key to achieving this.

A More Robust and Agile System

The success of this project was based on building strong relationships with both the client and the legacy application developers. A smooth transition allowed ActionPoint to create a more robust and agile system. AIR CRE wanted an easy-to-use interface that incorporated several features suggested over the years by its users. These included:

There were also a number of integrations that would positively affect the business, providing easier means to make a purchase and also set up new sources of revenue.

Justifying the Need to Upgrade its Legacy Systems

Application Modernisation provided AIR CRE with a much-improved system to base its core business on. This positively affected business and set AIR CRE up for continued success. One aspect that AIR CRE hadn’t accounted for was the sense of security that comes with having a responsive team of software development experts behind it. Improvements in quality control was one key area identified by Executive Director Tim Hayes.

In Application Modernisation, the initial steps are often the most challenging as it’s seen as the beginning of a mammoth undertaking. Thankfully, from Tim’s viewpoint, the decision to modernize applications was entirely justified.

“I’ve been a CEO for 20 years. I’ve made some poor decisions and some good decisions. But the decision to hire ActionPoint was the smartest decision I’ve ever made”.

Modernisation of a Business-Critical Application,