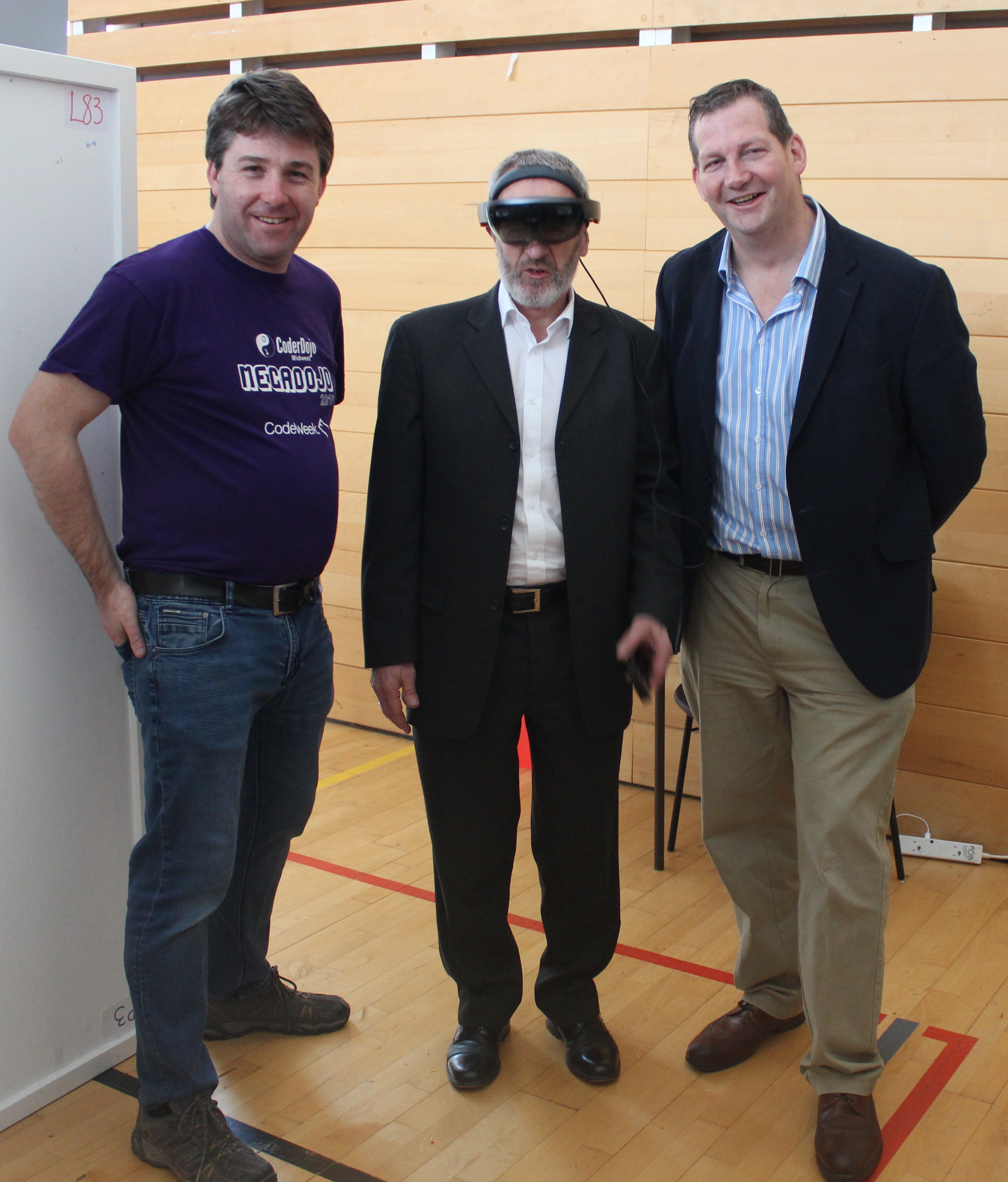 YOUNG people got a fantastic opportunity to learn coding at the MegaDojo event that took place Saturday (2 December) at LIT. Over the course of the day more than 700 children and teenagers took part in workshops where they learned how to make games, animations, and web pages and create software using electronic kits. This free, fun-filled family day was organised by the CoderDojo community of the MidWest.

Some of the workshops were led by 11-year-old Aoibheann Mangan, who won Digital Girl of the Year in the Age 11-14 category at the Ada Awards in Brussels on the previous Thursday.

CoderDojo is a worldwide movement of free, volunteer-led, community-based programming clubs for young people. Anyone aged seven to seventeen can visit a Dojo where they can learn to code, build a website, create an app or a game, and explore technology in an informal, creative, and social environment. 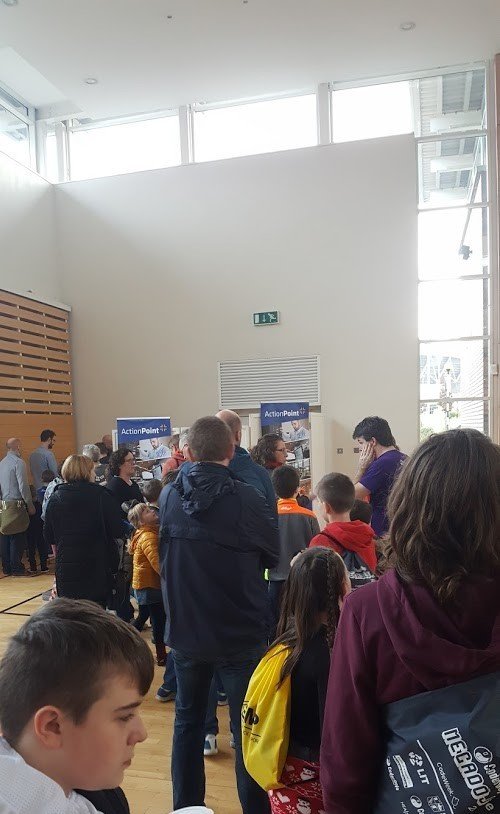 They queued by the dozen to experience the “Magic of HoloLens”

This year, with the support of CoderDojo Ireland, Maynooth University and Bank of Ireland, it expanded to two locations with a sister event in Maynooth.

“The event offers young people the opportunity to explore technology in fun way,” according to Barry Kennedy, Event Coordinator and CoderDojo Mentor. “We hope we’ll were able to inspire them to continue to learn how to code and use these skills to express themselves creatively.”

Gender equality was high on the list on Saturday. “It was particularly heartening to see so many girls here today,” said Pam O’Brien, lecturer in LIT and CoderDojo mentor. “We need to do all we can to engage our young girls in STEM. Through events like MegaDojo and the CoderDojo clubs we can help to redress the gender imbalance in technology.”

A number of guest speakers gave talks on topics such as Augmented Reality, Entrepreneurship, Games Development and improving the gender balance in the tech community. 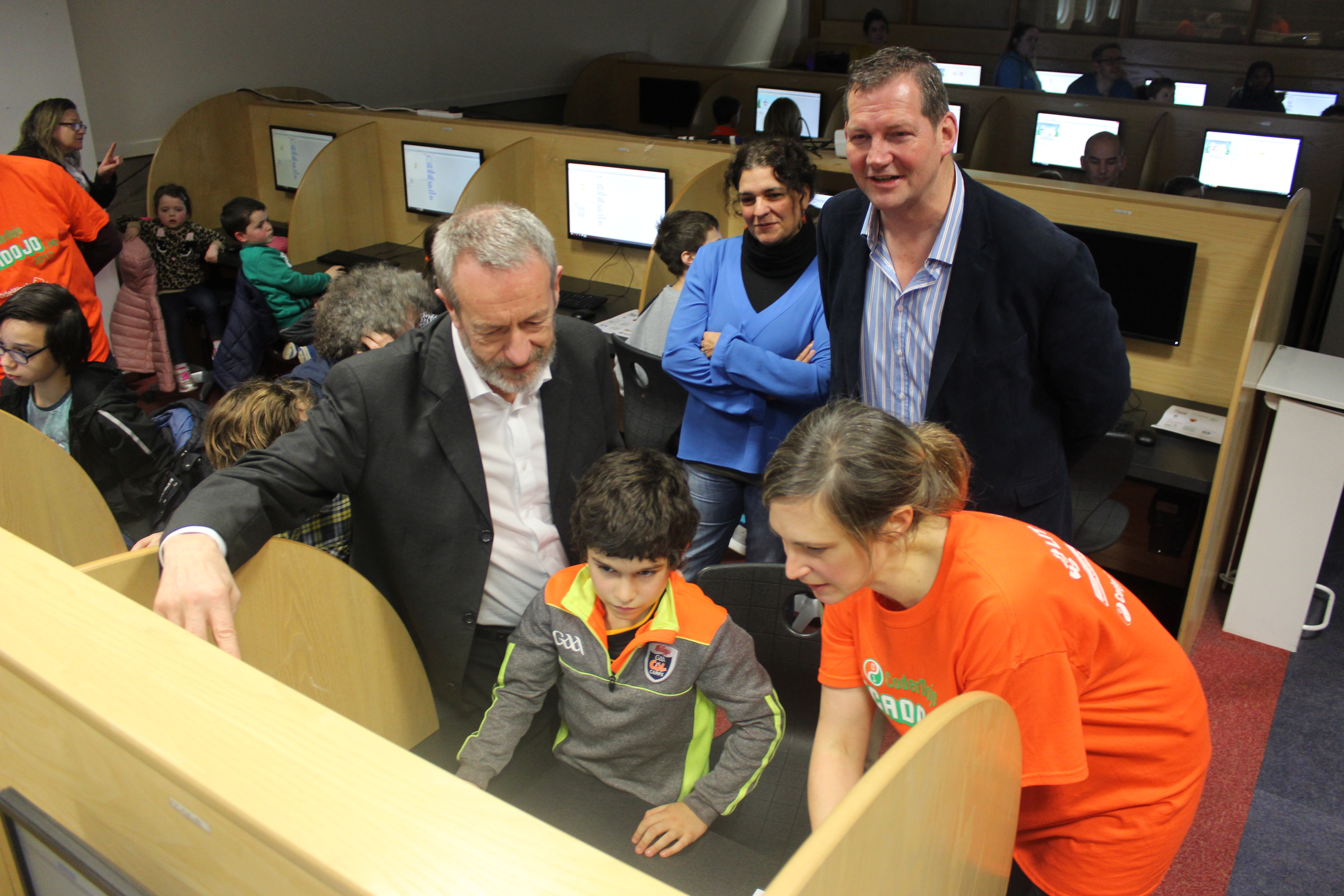 The event included stands to showcase technology from ActionPoint, Kemp Technologies and Maplin. There were also volunteers from Analog Devices, Johnson & Johnson Vision,  ACI Worldwide & LERO. This was “a fantastic opportunity to see the innovative use of technologies by these companies,” according to Eugene McDonough, Event Coordinator and board member of CoderDojo Ireland. “We were delighted to have them on board for the event,” he said.

The event was visited by long-time supporters of MegaDojo, including Sean Kelly, MEP for Ireland South and Liam Browne, Vice President of Research, Development and Innovation in Limerick Institute of Technology.

Plans are already underway for next year’s MegaDojo which will coincide with EU Code Week in October 2018.